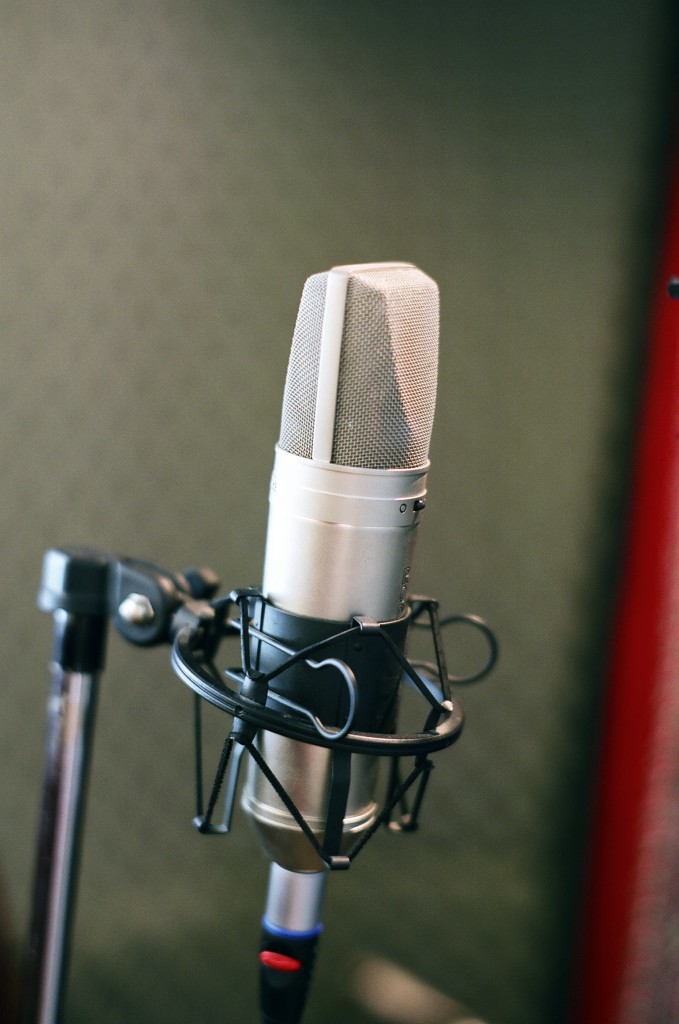 So why Podcasting? That is a SUPER DUPER good question!

Podcasting offers a TON of benefits, both for your business and for your brand…but that’s not what I’m going to focus on today.

I’m not going to be talking about the merits of Podcasting.

In the online world, so many people are jumping on the Podcasting bandwagon right now. For many reasons, this could be a good thing.

Among many other things, it’s a great platform to get your voice heard. Unfortunately, right now, I also think it could be a bad thing.

I’m not trying to dissuade you from podcasting with this post. I would like to offer an opposing viewpoint and hopefully get you thinking a little bit about WHAT you’re doing (or about to do) and why. For one thing, it’s a very crowded market and for a LOT of reasons, which I’m going to go into here, a little bit anyway.

But I guess it all comes to down to “why” you’re doing it. I think a lot of people out there see these “phenoms”, guys like John Lee Dumas over at Entrepreneur on Fire, and think, “I’m gonna get into podcasting and make a fortune!”. John created an amazing business and the guy was METHODICAL in his approach but you also need to remember what he did with his show was something very unique at the time!

He did something even his MENTORS told him he was crazy to attempt! He created an interview show where he interviews successful people 7 days a week!!

That’s crazy!! I do a weekly show and I’ll tell you, it’s a lot of work! It really is. I mean, hey, kudos to John, because that’s friggin impressive and what he’s doing over there is great. Anyway, so every month, he publishes his revenue numbers on the site and the guy is crushing it, ok, he’s making multiple 6 figures a MONTH!

I think a lot of people see that and think they’re gonna be the next John Lee Dumas or Pat Flynn or ya know, pick any other successful Podcaster you could think of.

I think that’s a little irresponsible! Again, I’m not trying to push you away from Podcasting, I’m just trying to say if you are thinking about Podcasting as a business, you need to be realistic about it. It’s almost like looking at McDonalds, and thinking, “These guys are making a TON of money selling cheeseburgers, I’m getting into the cheeseburger business”! If you’re looking at Podcasting as a business, just like with any other business, you really need to know what the hell you’re doing! You have to look at it like you would look at any other serious business.

Am I trying to say I know what I’m doing? I dunno, I’ll get back to you on that🙂

The reality is just like with any other business, you have to know your market, or if there’s even a market out there for what you’re trying to do! Are you going to be able to deliver value to that market?  And if the is answer yes, how are you going to get that message out there in a sea of other Podcasts? What is going to separate you from the 8 million other Podcaster’s out there? Think about that for a second.

What is your unique selling proposition? Why are people going to want to listen to you?

Ya know for me, when I created this show, I did it for a number of reasons. I wasn’t trying to be someone else or do exactly what other people were doing out there. I wanted to do something, ya know, a little different.

Let’s just say I wanted to create a show that was different then most other interview type shows out there. I wanted to have some really unique guests on the show but I also wanted to talk about a LOT of different subjects. I wanted these conversations to really deliver the goods, ya know?

There are so many people out there struggling with their lives (and their businesses) and have tried so many different things, yet for some reason, they continue to fail.

It doesn’t have to be that way! So I wanted this show to inspire and motivate and hopefully wake a few people up out there. So that is my mission with the show and of course I want to hopefully extract some really good (i.e. valuable) information and share it with you guys. See, I was passionate about getting that message out there because it means a lot to me and I believe it could help a lot of people!

But I also wanted it to be real. No scripts, no paint by numbers, just real conversations that also happen to deliver value.

And I’m SUPER passionate about this as you probably already heard in episode zero. If you haven’t, I mean, c’mon already….what are you waiting for?

With the interview aspect of a Podcast, you are also gaining access to some really (depending on who you have on your show) knowledgeable people that can teach you a LOT! In doing interviews with successful people, you are gaining valuable mentorship which is another POWERFUL benefit!

Now I’m not saying go out there and start an interview show so you could get a bunch of free mentoring and if that is your intention, you should probably consider doing something else right now.

It all comes down to your “why”.

So really know why you want to get into Podcasting and please, PLEASE, don’t be doing it just for the money! If you are, there’s probably a good chance you’re gonna crash and burn.

And I’m not saying this to discourage you. What I AM saying is…. do it for the RIGHT reasons, not just for the cash, ok?

Again, the mantra here is do it because you’re passionate about doing it not just because it sounds good on paper! There obviously has to be a market for what you want to do, but you need to do it because it moves you. If not, it’s going to shine through and people will pick up on it quicker then you think.

Listen, I’m not going to tell you to NOT get into Podcasting or do an interview show, I mean that’s what I’m doing (interview show). That would be a little hypocritical of me!

What I am saying is this;

1.    Do it for the RIGHT reasons! Don’t do it because you think you’re gonna crush it! Know that it’s something you want to do and WHY you want to do it before you even attempt it.

2.    If you believe you ARE doing it for the right reasons, and that is awesome, seriously, and you KNOW there’s a market for it, make sure you learn who your target market is. Do proper market research and know your perspective audience inside and out! This is something I’m still learning myself and I know I have a LOT more to learn.

3.    Be unique! The ONLY way you can accomplish this is by being yourself. Don’t try to be like somebody else because guess what, they’re much better at it then you could ever be!

NOBODY CAN BE YOU! Remember that.

And lastly, treat what you are trying to do like a serious business…because it is! Just because you don’t have to invest $50k or $60k into it doesn’t mean to not take it serious.

You sink a few hundred or even a thousand bucks into it, things get a little dicey, it’s a LOT tougher then you thought it would be, you pull the plug, walk away, no big deal, right?

Let me ask you a question. If you invested $300 thousand dollars into a business, would you walk away from it that easily? Treat it the same way. Value what you are doing regardless of the cost of entry!

Until next time, be AWESOME!